After receiving the drug inside of cyproterone acetate is completely absorbed from the gastrointestinal tract. Cmax plasma levels achieved after 1.6 hours and is 15 ng/ml. Bioavailability of 88%.

Cyproterone acetate is almost completely bound to albumin in blood plasma, in a free state is approximately 3,5–4%. Because protein binding is nonspecific, changes in the level of globulin, linking sex steroids (SHBG), do not affect the pharmacokinetics of cyproterone acetate.

Biotransformiroetsa by hydroxylation and conjugation, the main metabolite — 15b-hydroxyl derivative.

After taking the drug ethinyl estradiol is rapidly and completely absorbed from the gastrointestinal tract. Cmax approximately 80 ng/ml achieved in 1.7 h. Bioavailability is about 45%, with substantial individual variability.

Protein binding (albumin) plasma is high: only 2% are in plasma in a free form.

In the process of absorption and “first pass” through the liver ethinylestradiol is subjected to intensive metabolism.

The mechanism of action is due to its antiandrogenic drug steroid structure (cyproterone acetate) and oral estrogen (ethinylestradiol).

Has the ability competitive to get in contact with the receptor of the natural androgens (including testosterone, dehydroepiandrosterone, Androstenedione) produced in small amounts in women, mainly in the adrenal glands, ovaries and skin. Blocking androgen receptors in target organs, reduces the effect of androgenization in women (due to violations of the processes mediated hormone-receptor complexes at the level of the main intracellular mechanisms). Thus, it becomes possible to treat diseases caused by increased formation of androgens or specific sensitivity to these hormones.

On the background of the drug reduced the increased activity of the sebaceous glands, plays an important role in the occurrence of acne and seborrhea. After 3-4 months of therapy available rash usually disappears. Excessive oiliness of hair and skin disappears even earlier. Also reduces the hair loss that often accompanies seborrhea.

Therapy Chloe in women of reproductive age reduces the clinical manifestations of mild forms of hirsutism, however, the effect of treatment can only be expected after several months of use.

Increases Central and peripheral effect of cyproterone acetate on ovulation, retains a high viscosity of cervical mucus, impeding the penetration of sperm into the uterus and helping to ensure a reliable contraceptive effect.

On the background of the drug cycle becomes more regular, less frequent are painful menstruation, decreases the intensity of bleeding, reduces the risk of iron deficiency anemia.

The drug is contraindicated in pregnancy, suspected pregnancy and during breastfeeding.

From the endocrine system: rarely — engorgement, soreness, enlargement and secretion from the mammary glands, increase in body weight.

These side effects can develop in the first few months of treatment and usually decrease over time.

While the use of Chloe with inducers of microsomal liver enzymes (hydantoins, barbiturates, primidon, carbamazepine and rifampicin and possibly oxcarbazepine, topiramate, felbamate and griseofulvin) increased clearance of ethinyl estradiol and cyproterone, which may lead to breakthrough uterine bleeding or reduction in the reliability of contraception.

While the use of ampicillin, rifampicin and tetracyclines contraceptive reliability Chloe reduced.

Inside, with liquid squeezed small amount of liquid, 1 tab. a day. The drug is recommended at the same time, preferably after Breakfast or dinner.

In the last 7 days of a treatment cycle (28 days) must occur menstrualnopodobnoe bleeding (as a result of cancellation of treatment). Menses usually starts 2-3 days after the 21 day cycle of drug treatment.

The next pack should be started the day after the fully completed taking the pills from the previous package, regardless of the fact that the continue/stop bleeding.

When migrating from combined oral contraceptives use Chloe to start the next day after taking the last tablet with the active components of the previous formulation, but in any case not later than the next day after the usual 7-day break in the reception (for drugs, containing 21 of the table). Further, according to the scheme described above.

If the patient has received previous contraceptive daily for 28 days, the application of Chloe to start after taking the last inactive tablet.

In the transition from contraceptives containing only progestin (mini-pill) Chloe you can begin to apply without interruption.

When using the injectable forms of contraceptives Chloe should be applied from the day should be made following injection.

During the transition from the implant Chloe should be applied on the day of removal.

In all cases, you must use an additional barrier method of contraception during the first 7 days of treatment.

After abortion in the first trimester of pregnancy the woman may start immediately use Chloe. In this case there is no need for additional contraception.

After delivery or abortion in the II trimester of pregnancy, the drug should start at 21-28 day. If the reception is started later, you must use an additional barrier method of contraception during the first 7 days of treatment.

If a woman has been sexually active in the period between delivery or abortion and the beginning of the drug should be deleted pregnancy or must wait for first menstruation.

If the delay in the pill was >12 h (the interval from the moment of taking the last tablet >36 h) during 1-3 weeks of taking the drug, the woman should take the last missed tablet as soon as possible, even if this means taking two tablets at the same time. Subsequent tablets should be taken at the usual time. In addition, during the 1-2 weeks of receiving you must use a barrier method of contraception for the next 7 days.

Taking the pill from the new pack should be started at the end of the current packaging without a break. Probably withdrawal bleeding will not be until the end of the second package, but the possibility of spotting or breakthrough uterine bleeding during the days of taking the pills.

If a woman was vomiting within 3 to 4 h after administration of the drug, the absorption of active substances may be incomplete. In this case, you must rely on recommendations when skipping pills.

To delay the start date of menstruation, women should continue taking tablets from a new packaging of the drug immediately after taken all tablets of the previous one, without interruption. Pills from a new package can be accepted as long as a woman wants (as long as the package is over). On the background of the drug from the second package, women may experience spotting or breakthrough uterine bleeding. You should start taking pills from the next pack after you finish taking all 28 tabl.

To postpone the day of onset of menstruation to another day of the week, the woman should shorten the nearest break in the pill for as many days as she wants. The shorter the interval, the higher the risk that it will not have withdrawal bleeding, and, in the future, will be spotting and breakthrough bleeding while taking the second packaging (as in the case when she would like to delay the onset of menstruation).

In the treatment hyperandrogenic States the duration of the drug is determined by the severity of the disease. After the disappearance of symptoms is recommended to take the drug, at least for 3-4 months. In case of a relapse a few weeks or months after completion of the course can be re-therapy with Chloe.

Treatment: symptomatic therapy. There is no specific antidote.

Before using Chloe it is necessary to conduct General medical examination (including the mammary glands and cytological study of cervical mucus), to exclude pregnancy, disorders from the blood coagulation system. Long-term use of the drug preventive control examinations should be performed every 6 months.

In the presence of risk factors you should carefully consider the potential risks and expected benefits from therapy and discuss it with a woman before use of the drug.

The patient should be warned that with the development of symptoms of venous or arterial thrombosis, you should immediately consult a doctor. These symptoms include unilateral leg pain and/or swelling, sudden severe pain in chest radiating to left arm or without irradiation, sudden breathlessness, sudden onset of coughing any unusual, severe, prolonged headache, increased frequency and severity of migraines, sudden partial or complete loss of vision, diplopia, slurred speech or aphasia, vertigo, collapse with or without partial seizure, weakness or very significant loss of sensitivity, suddenly appeared on one side or in one part of the body, motor disturbances, the syndrome of acute abdomen.

The relationship between use of combined oral contraceptives and hypertension is not established. If you experience persistent arterial hypertension the drug should be stopped and assign appropriate antihypertensive therapy. The acceptance of contraceptive can be continued with the normalization of HELL.

In the event of impaired liver function may require temporary withdrawal of the drug until normalization of laboratory parameters.

Recurrent cholestatic jaundice, which develops first during pregnancy or during previous use of sex hormones, requires discontinuation of combined oral contraceptives.

Despite the fact that combined oral contraceptives influence the resistance of tissues to insulin and glucose tolerance, there is usually no need to adjust the dose of hypoglycemic drugs in patients with diabetes. However, for this category of patients should be careful medical supervision.

Women prone to chloasma, while taking combined oral contraceptives should avoid prolonged exposure to the sun and exposure to UV radiation.

If women with hirsutism symptoms have recently developed or increased significantly, when the differential diagnosis should consider other causes such as androgenetica tumor, congenital adrenal hyperplasia.

When using the Chloe may experience irregular bleeding (spotting or breakthrough bleeding), especially during the first months of therapy. Therefore, evaluation of any irregular bleeding should only be undertaken after a period of adaptation of approximately 3 cycles.

If irregular bleeding recur or develop after previous regular cycles, you should consider non-hormonal causes and undertake adequate diagnostic measures (including curettage) to exclude malignant neoplasms or pregnancy.

In some cases, withdrawal bleeding may not develop during a break in use of the drug. The irregular pill intake, or if there are two menstrualnopodobnoe bleeding in a row should be deleted pregnancy to continue treatment.

May change the results of skin Allergy tests, reduced concentrations of LH and FSH on the background of the drug.

Due to the fact that the contraceptive effect is fully manifested by the 7th day from start of treatment, in the first week are recommended additional non-hormonal methods of contraception.

The use of the drug after delivery is recommended not earlier, than will be the first normal menstrual cycle.

Treatment must be stopped immediately for 3 months before the planned pregnancy and estimated for 6 weeks prior to planned surgical intervention, during prolonged immobilization.

Diarrhea and vomiting contraceptive effect is reduced (while taking the drug, you should use additional non-hormonal methods of contraception).

Smoking women taking hormonal contraceptive drugs have an increased risk of developing vascular disease with serious consequences (myocardial infarction, stroke). The risk increases with age and depending on the number of cigarettes smoked (especially in women older than 30 years). 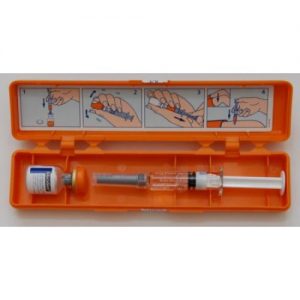 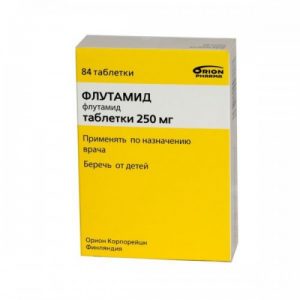 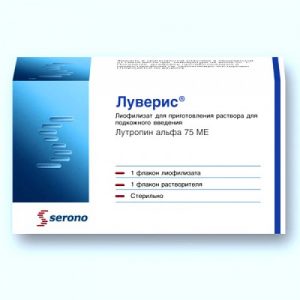 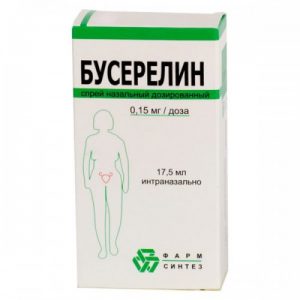 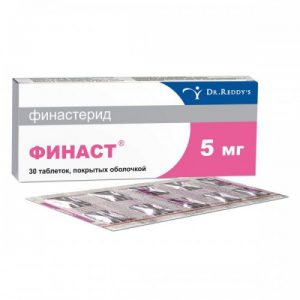 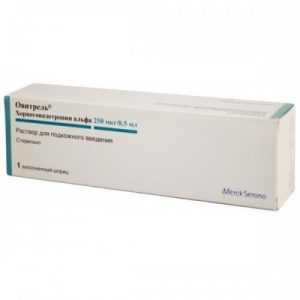 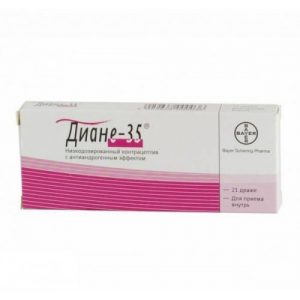 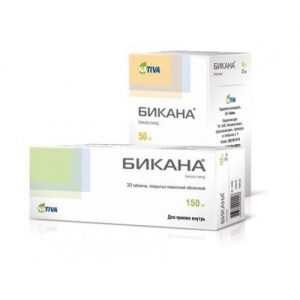 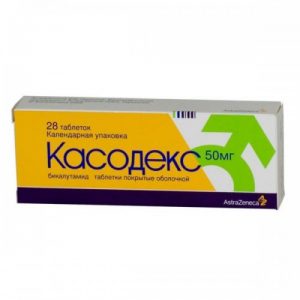 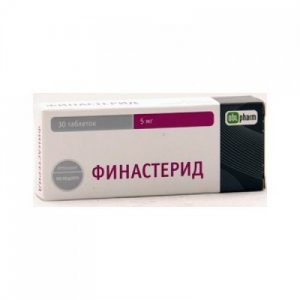 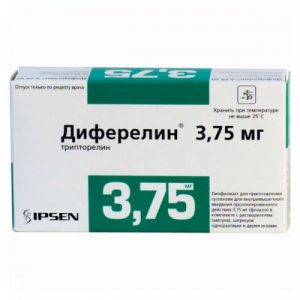 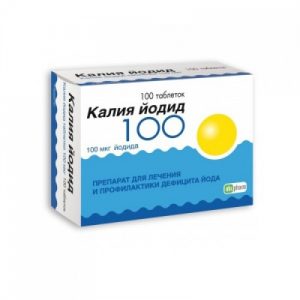 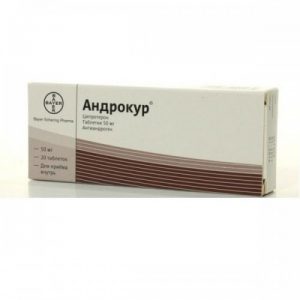 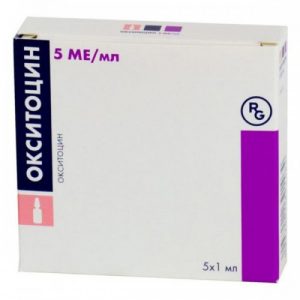 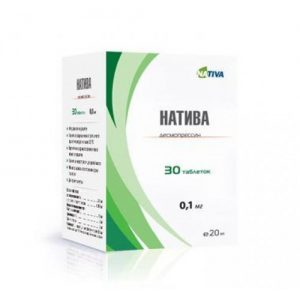 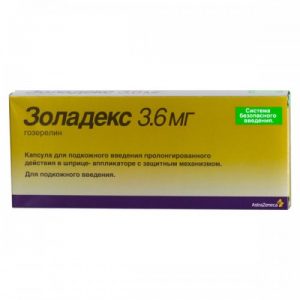 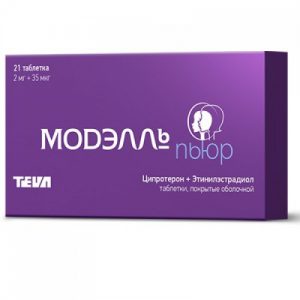 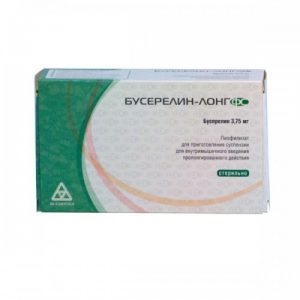